Hawthorn for a Healthy Heart 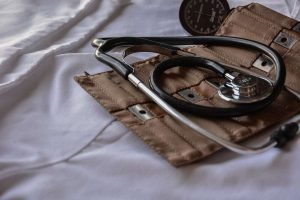 February is heart health awareness month.  Cardiovascular disease is one of the major causes of disability and death in the United States.  Strengthening your cardiovascular system through diet, exercise, supplements and medicinal plants are good ways to improve your health and increase your lifespan.  There are many medicinal plants used to improve cardiovascular health however, one of the best known is Crataegus or more commonly known, Hawthorn.  Other names for Crataegus are Red Haw, Maybush, Thornapple, Hawberry and Whitehorn.  Hawthorn belongs to the Rosaceae family and consists of green leaves, white flowers, and bright red berries. The branches of these shrubs are usually small and thorny.  You can find the dried fruits of this plant in jams, jellies, syrups and wines.  Also, preparations of Hawthorn can be found in infusions, tinctures, teas, supplements and standardized extracts.

In folklore, Hawthorn has been regarded as the emblem of hope and known to heal a broken heart. This tree is included in many legends and has been said to be strongly associated with fairies.  In other folklore, Hawthorn is especially deadly to vampires.  The ancient Greeks used the Hawthorn branches in many ceremonies as well.

Medicinally, Hawthorn berries have been used to treat heart problems ranging from irregular heartbeat, chest pain, high blood pressure, hardening of the arteries, and heart failure. By the early 1800s, doctors were using Hawthorn to treat circulatory disorders in America.  As mentioned earlier, Hawthorn is used to help protect against heart disease and help control high blood pressure and high cholesterol.  Other medical conditions that Hawthorn has been used for include digestive disorders, insomnia, asthma, gallbladder stones, kidney stones, sore throats, colds and upper respiratory infections and hyperlipidemia. It also has been used in strengthening the teeth and gums.  It may also be used effectively as an antioxidant and anti-inflammatory.

Both animal and human studies suggest Hawthorn increases coronary artery blood flow, improve circulation, and lowers blood pressure.  In a 2008 Cochrane review, it concluded that there is evidence of “a significant benefit in symptom control and physiologic outcomes” for Hawthorn in treating chronic heart failure.  Furthermore, a follow up review in 2010 concluded “Crataegus preparations hold significant potential as a useful remedy in the treatment of cardiovascular disease”.

Looking to improve your heart health?  Consider Crataegus or Hawthorn.