The Magic of Mullein 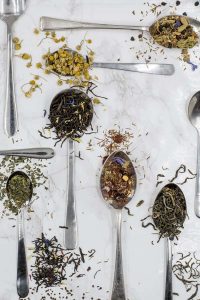 It’s that time of year again when we often start to prepare for the long winter months.  Some may be thinking of “How can I prepare my immune system to prevent myself from getting the flu or the multiple viruses that are often being circulated around?” There are several ways to boost the body’s immune system.  Recommendations would include getting enough sleep, eating a nutritious diet, cutting down the alcohol and/or caffeine and minimizing the stress in our lives.

There are many medicinal plants that work to enhance the immune system.  Some of these plants are more popular such as Echinacea, Licorice, Astragalus and Goldenseal.  Other plants that are less often heard about but can play an important role in boosting the immune system include Gentian, Lemon Balm and Verbascum, otherwise known as Mullein. Mullein is one of the oldest medicinal plants, being used since ancient times.

Mullein or Verbascum is often called by other names including: Velvet Dock, Candlewick Plant, Our Lady’s Flannel, Bullock’s Lungwort, Golden Rod or Old Man’s Flannel. Historically, Mullein has an interesting past. The leaves and the stems were used for lamp wicks because of the ease of the plant igniting under the slightest spark, hence the name Candlewick Plant!  Mullein was used for lung diseases that effected cattle, hence the name Bullock’s Lungwort.  The uses of Mullein leaf have appeared in many ancient records, even in some folklore, telling about its effective powers against evil spirits and sickness. Since one’s sickness was often blamed on evil spirits or magic in ancient times, the use of the Mullein plant to counter evil presence proves that people have relied on it for many years to cure sickness. Mullein was used in ancient Greek times with the first record of its use as treatment for breathing problems prescribed by the great Greek physician, Dioscorides.

Historically the leaves, flowers and roots of Mullein were used medicinally.  The ashes of the plant were made into soap and used on graying hair.  Mullein powders and juices were used on warts, thorns and splinters, and put into socks to keep the feet warm at night. European settlers used Mullein leaf to treat cough and diarrhea. Native Americans used the poisonous seeds of this plant to paralyze fish for easier catching.

Despite it being a wild weed that will grow almost anywhere, Mullein has many health benefits. Today Mullein is most commonly used for its demulcent and astringent properties.  This plant can be very effective in lung conditions especially for acute and chronic coughs. It is also used in the treatment of many bowel conditions including irritable bowel syndrome, colic, diarrhea or hemorrhoids.  Mullein is also an effective bactericide.  Others uses have been for ear infections, migraines, sleep, infertility and skin conditions including eczema.

So as one thinks about winter and the cold nights ahead of us, remember how your ancestors may have used Mullein to keep their feet warm and keep coughs away.