How Sweet It Is! 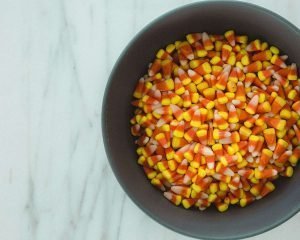 From the beginning of time, within every culture, the use of sugar or one of its many counterparts has been noted.  The first notation of sugar is documented with the Indians, discovering how to crystallize sugar from cane during the Gupta dynasty. Today, according to the Food and Agriculture Organization of the United Nations, most cane sugar comes from Brazil.

What is sugar? The most common answer to this question… it’s the white granulated sugar found in most home kitchens, grocery stores and eateries around the globe. Most table sugar comes from either sugar cane or sugar beets. White granulated sugar is sucrose and is only one type of sugar.  There are three main types of simple sugar: sucrose, fructose and glucose.

Fructose is a sugar that is found in many foods. The reasons that fructose is used commercially in foods and beverages is because of its relative sweetness and inexpensive cost compared to sucrose.  High fructose corn syrup (HFCS) is known to have significant deleterious health consequences and yet is found in most processed foods.  Due to the increased price of sugar imports in the United States , domestically produced corn syrup and HFCS are an inexpensive alternative used in American made foods, candies and sodas.  Several studies indicate there are serious health problems in laboratory rats fed a constant diet of high fructose corn syrup.

Other sugars to mention include lactose, found in many dairy products, palm sugar and syrups, otherwise known as dissolved sugars.  Syrups can include honey, molasses and agave. Honey has been around throughout history as a sweetener.  Honey has many medicinal properties including wound treatment and antiseptic/ antibacterial properties.  Agave syrup or nectar is a relatively new sweetener that has received much public attention. It has been used for thousands of years as an ingredient in food and the Aztecs so prized agave that they recognized it as a gift from the gods. Molasses in a main ingredient in brown sugar as it is used to coat refined sugar during its final stage of processing.

Stevia or Stevia Rebaudiana, is an herb from the Chrysanthemum family and has been gaining much positive attention. The stevia plant is a shrub native to Brazil and Paraguay.  Native Americans in these regions have used the leaves to season everything from their foods to teas.  The world’s consumption of stevia is variable but reports have indicated that Japanese consumers used the equivalent of 700 metric tons of Stevia leaves in one year alone!

Remember that excessive sugar consumption is associated with many negative health issues.  So as Halloween and the holiday season are soon upon us, use the sugar lightly.