The Difference Between Food Allergy and Food Intolerance 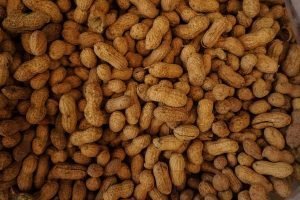 Food intolerance is much more common than a food allergy. It is estimated that the prevalence of food intolerance varies widely from 2% to over 20% of the population. Food intolerance is a digestive system response rather than an immune system response. The response is a negative reaction to food, drink or a food chemical that can involve one or more organs in the body.  Food intolerance in not a true allergy. It occurs when food irritates a person’s digestive system or when a person is unable to properly breakdown the food that has been eaten.  Symptoms of food intolerance can vary greatly.  Food intolerance can affect a person’s skin, respiratory tract or gastrointestinal system.  Symptoms of food intolerance can include the following: skin rashes, hives, nasal congestion, sinusitis, gas, bloating, cramps, heartburn, headaches, irritability or nervousness, fogginess, inflammation, mental confusion or diarrhea.  Food intolerance has been found to be associated with the following conditions:  multiple chemical sensitivities, irritable bowel syndrome, inflammatory bowel disease, eczema, rheumatoid arthritis, respiratory illness including asthma, chronic constipation, attention deficit disorder, poor memory, fatigue, depression, anxiety, celiac disease or leaky gut syndrome.

Reliable testing for both food allergies and intolerances can be done through blood work. Another option for clarification of food intolerances is to exercise an elimination diet. This is the process of avoiding susceptible foods for a period of 6-8 weeks and reintroducing one food at a time, one week at a time to track results.  Learning of one’s food intolerances can be an eye opener and may significantly improve your health if followed properly.  As always, it is recommended to discuss dietary changes with your doctor for optimal health.