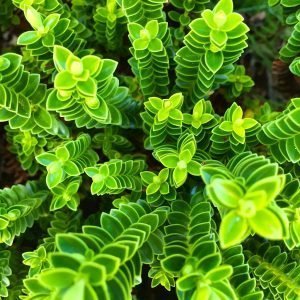 Homeopathic medicine is a form of complementary and alternative medicine.  Its roots go back as far as the 18th century with a physician named Samuel Hahnemann.  Even though homeopathic preparations have been around for centuries and used very commonly in alternative practices, they have recently become very commonly available to the lay person.  Many doctors are using homeopathy worldwide, making it one of the most popular and widely used complementary and alternative medicines. You can find homeopathic options in health food stores, grocery stores and those that are available by prescription from your doctor.

The word homeopathy comes from the Greek meaning “similar suffering” or “similar disease”. Centuries ago, methods used included bloodletting, purging, and blistering to treat patients. It was widely believed that in opening veins to cause a patient to bleed forced the disease out of the body and restored the proper balance to the ill person’s system.  In the 1700’s Samuel Hahnemann, a physician and chemist in Germany, rejected this notion and proposed a new approach to treating illness. He developed a less-threatening approach to medicine.

Classical homeopathy is usually defined as a medical treatment based on the use of minute quantities of remedies that in larger doses produce effects similar to those of the disease being treated. Hahnemann believed that very small doses of a medication could have powerful healing effects in treating disease because their potency could be affected by vigorous and methodical shaking (succussion). Potentization, which states that diluting a substance, with vigorous shaking at each step of dilution, makes the remedy more effective by extracting the vital essence of the substance.

Overall, the basic principles of homeopathic medicine promote two theories: “like cures like” and “the minimal dose is needed to treat the disease”.

Why do people use homeopathic medicines?