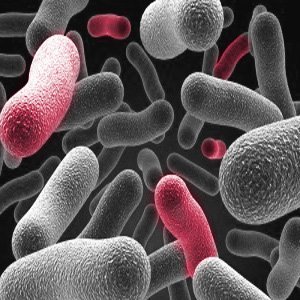 What are probiotics?   Probiotics are live microorganisms that are similar to beneficial microorganisms found in the human body’s gut. There are over 400 species of microorganisms in the human digestive tract.  Probiotics, also called “friendly bacteria” or “good bacteria”, are mainly in the form of dietary supplements and foods.  Most probiotics are bacteria similar to those naturally found in the gut of the human body. More often, the bacteria come in two groups, Lactobacillus or Bifidobacterium. Each group has different species (for example, Lactobacillus acidophilus and Bifidobacterium bifidus), and within each species, different strains (or varieties).

Is there a benefit to taking probiotics? Why would a person supplement with lactobacillus or any other bacteria?  Due to diet, lifestyle habits, and prescription medicines, these can disturb the balance of the human body’s gut.  In the beginning, probiotics were thought only to beneficially affect the body by improving its intestinal microbial balance and stopping pathogens.  Currently, probiotics are being investigated to treat the following: chronic intestinal inflammatory diseases, high cholesterol, high blood pressure, diarrhea, immune system function, constipation, upper respiratory infections and atopic diseases.

Many people take probiotics to offset the side effects of antibiotics, which will kill friendly bacteria in the gut along with unfriendly bacteria.  The interactions between a person and the microorganisms in their body can be essential to the person’s health. The idea that certain bacteria can play a positive role in the human body was first introduced by Russian scientist, Eli Metchnikoff, who suggested that it would be possible to modify a person’s gut flora and replace the harmful microbes with helpful ones.

Is there any harm in taking probiotics? Can anyone take probiotics and receive benefit?  The oral use of probiotics is generally considered to be safe according to the World Health Organization under specific guidelines.  It is, however, always best to check with your doctor or health care practitioner before starting the use of any supplement including probiotics.

So as we enjoy our yogurt smoothies, we can be reassured that not only do they taste good, but are good for us, with the good bacteria it is supplying to our bodies.