The Popularity of Patchouli 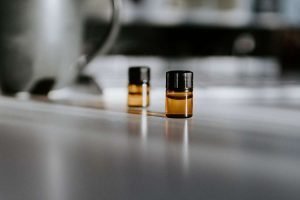 Patchouli was very popular in the 1960’s and 1970’s so much so, that it was named the scent of the Hippie movement.  Now we are seeing a resurgence of this plant mainly in the form of an essential oil.  Patchouli is a bushy medicinal plant that grows mainly in warm and rainy climates.  Patchouli is believed to have received its name from a Hindi word meaning ‘scent’. The Patchouli plant belongs to a family of other aromatic plants, including Lavender, Mint, and Sage. It is native to and extensively cultivated in tropical regions such as Brazil, Hawaii, and Asian regions including China, India, Malaysia, and Indonesia.  In these Asian countries, it was traditionally used in folk medicine to treat hair problems like dandruff and oily scalp, as well as skin irritations like dryness, acne, and eczema.

The use of this plant as an essential oil began early on in our history with European traders exchanging Patchouli for gold.  It was also believed that King Tut was buried with Patchouli oil inside of his tomb.  In the 1800s, the scent of Patchouli oil became the benchmark of many Eastern fabrics like silk, because it was used to protect the fabrics from insects. This led to Patchouli being used as an overall insect repellant.

Medicinal properties of this plant have it being utilized as an antidepressant, astringent, antiseptic, diuretic, sedative and tonic.

It has been used to stimulate the release of hormones in the body to help with feelings of anxiety, stress, sadness and anger.

Patchouli can decrease inflammation in the body to treat various skin conditions such as eczema, dermatitis, acne, psoriasis and joint conditions, such as arthritis.

As an antiseptic, it is used to treat infections such as wounds and ulcers, fights viruses, bacteria and fungal infections.  Patchouli can also aid in the repair of the skin including scars left by acne or measles.  Patchouli may also improve gum health in the mouth.

As a diuretic, Patchouli contains a medicinal property to increase the frequency of urination.  This can help to remove toxins from the body.

Patchouli essential oil is a calming scent that provides numerous health benefits, making it ideal for therapeutic use in cosmetics, aromatherapy, and cleaning products.

The essential oil of Patchouli has been used to treat sexual problems such as impotency, decreased libido, and erectile dysfunction.  It has been known to stimulate the circulation of blood, help with metabolism and improve energy levels.