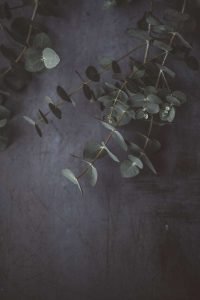 Medicinal plants that support the respiratory system can be classified into four main categories, based on their actions:

Eucalyptus isn’t just for the koalas.  This medicinal plant has been used for centuries in the treatment of respiratory conditions.  Eucalyptus soothes throat and lung passageways.  It is often a favorite essential oil that is added to vaporizers in the winter months to help people breathe.  It can be found in throat lozenges and cough syrups.  It is an expectorant used to ease a cough, fight sinus congestion and support the immune system to fight off a cold or other respiratory illnesses.

Chaparral is a medicinal plant commonly found in the southwest. This herb has powerful antibacterial, viral, decongestant and antihistamine effects on the lungs and respiratory system.  It is very effective at clearing mucus from the upper and lower respiratory system.

Thyme and Oregano are similar in their actions on the respiratory system.  These are both powerful medicinal plants that everyone should have in their medicine cabinet. Both herbs are antibacterial, anti-viral and anti-fungal. These medicinal plants not only fight infection but also act as decongestants and antihistamines. They can eliminate mucus, kill whatever bug is making you ill, clear nasal passageways and aid in improving your lung health overall. It may also protect a person from bacterial pneumonia and boost up their immune system.

Other medicinal plants that deserve to be mentioned are Elecampane, Peppermint, Ginkgo, Plantain Leaf, Turmeric, Osha Root, Coltsfoot, Echinacea, Lobelia, Mullein and Licorice.  All of the above herbs are available in supplements, teas, tinctures, and essential oils.  Plus, some of these herbs can be grown to consume as food.  When considering a medicinal plant for health issues including respiratory treatment, please check with your health care provider.