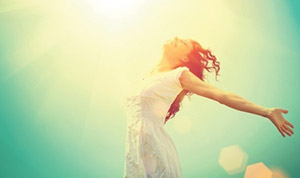 In the body Vitamin D exists in several forms. Calciferol is the most active form of vitamin D. Once vitamin D is produced in the skin or consumed in food, it requires chemical conversion in the liver and kidney to form 1,25 dihydroxyvitamin D, or the physiologically active form of vitamin D. Active vitamin D functions as a hormone because it sends a message to the intestines to increase the absorption of calcium.  By promoting calcium absorption, vitamin D helps to form and maintain strong bones. Vitamin D also works in concert with a number of other vitamins, minerals, and the immune system. Current literature suggests that a vitamin D deficiency plays an important role in cancer, cardiovascular disease, autoimmune disease, osteoarthritis, osteoporosis, Rickets, depression, diabetes, muscle weakness and wasting and autism. According to the UCSD Medical Center stated that 600,000 cases of breast and colorectal cancer could be prevented each year by adequate intake of vitamin D.

What are the sources of Vitamin D? Most of us make about 20,000 units of vitamin D after about 20 minutes of summer sun. This is about hundred times more vitamin D than the government says you need every day. The only way to be sure you have adequate levels of vitamin D in your blood is to regularly go into the sun. Other sources of Vitamin D are found salmon, cod liver oil, mackerel, tuna, liver, eggs and it is fortified in milk and some cereals.

Who may need to supplement with Vitamin D? Those that have limited exposure to the sun or are homebound. Those that live in the northern latitudes such as Alaska. Infants that are breastfeed exclusively may need to supplement with a vitamin D source. Older Americans age 50 and older because the skin will not be able to synthesize vitamin D as effectively. Those that have a problems absorbing fats such a Crohn’s Disease, Cystic Fibrosis, Celiac Disease or liver disease.