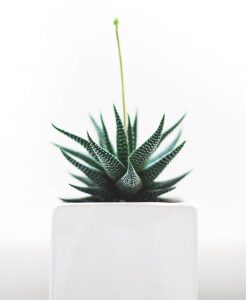 A new sweetener is on the market and it maybe just a sweet as it claims to be. Agave nectar has a long history has been used since ancient times however it is relatively new in health food market. What is this new sweetener and why it is any better than other sweeteners out on the market?

Agave Nectar comes from the agave plants. The plants are in the same family as the Blue Agave, from which tequila is made. Four major parts of the agave plant have been used in food, flowers, leaves, stalks and sap. The flowers can be tossed in salads. The leaves are rich in sap are eaten. The stalks can be roasted for a sweet flavor. Sap that is used in tequila or as sweetener comes from the flower shoots.

History shows that early inhabitants of the Americas have been using this plant for thousands of years. The agave was used for many purposes including food, drink and clothing. The Aztecs used agave nectar and salt as dressing for wounds and a balm for many different types of skin infections. Modern medicine has confirmed agave medical properties in showing that agave nectar applied to the skin has been an effective anti-microbial, GI disorders and has immune system properties.

It has been only recently that agave nectar used as a sweetener. The importance is that agave has a low glycemic index. This means that when agave nectar is consumed, it won’t cause a sharp rise or fall in blood sugar. When comparing agave to other sweeteners on the market agave beats them in not only the lower glycemic index but also tastes good. Agave is a delicious and safe alternative to sugar and even honey. And unlike the crystalline form of fructose, which is refined primarily from corn, Agave Nectar is completely natural. Agave does not contain any processing chemicals, no sulfur dioxide, hydrochloric acid or other harmful toxins.

The American diet is loaded with refined sweeteners such as granulated sugar and corn syrup. This causes a problems because these substances have high glycemic index or glycemic load. Foods that cause the blood sugar rise quickly trigger the release of the hormone insulin. Excessive releases of insulin and high insulin levels are linked to a variety of health disorders. Some of these disorders include type II diabetes, abdominal weight gain and obesity, cardiovascular problems. Under medical supervision agave nectar it is a viable option for Type II diabetes. It has also been used for constipation, lowering of high cholesterol and help gall bladder function. It is safe for children and can be used for cooking, baking, anywhere that you would normally need to use a sweetener.

On the market you may see agave nectar used to sweeten breads, cereals, ice cream, cookies, desserts, candies, sauces, syrups or nutritional breakfast bars. So the next time you are needed a sugar replacement take a taste of agave nectar you will be pleasantly surprised.