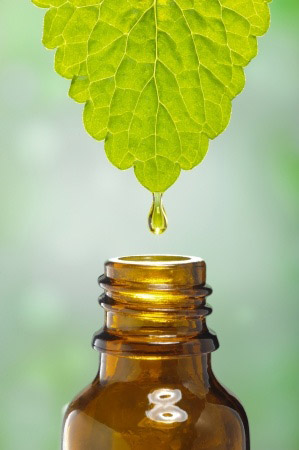 Naturopathic medicine, sometimes called “naturopathy,” is as old as healing itself and as new as the latest discoveries in biochemical sciences. In the United States, the naturopathic medical profession’s infrastructure is based on accredited educational institutions, professional licensing by a growing number of states, national standards of practice and care, peer review, and an ongoing commitment to state-of-the-art scientific research. Modern American naturopathic physicians (NDs) receive extensive training in and use therapies that are primarily natural (hence the name naturopathic) and nontoxic, including clinical nutrition, homeopathy, botanical medicine, hydrotherapy, physical medicine, and counseling. Many NDs have additional training and certification in acupuncture and home birthing. These contemporary NDs, who have attended naturopathic medical colleges recognized by the US Department of Education, practice medicine as primary health care providers and are increasingly acknowledged as leaders in bringing about progressive changes in the nation’s medical system.
The word “naturopathy” was first used in the US exactly 100 years ago. But the natural therapies and the philosophy on which naturopathy is based have been effectively used to treat diseases since ancient times. As Rene Dubos noted in *The Mirage of Health* (1959), the word “physician” is from the Greek root meaning “nature.” Hippocrates, a physician who lived 2400 years ago, is often considered the earliest predecessor of naturopathic physicians, particularly in terms of his teaching that “nature is healer of all diseases” and his formulation of the concept *vis medicatrix naturae* — “the healing power of nature.” This concept has long been at the core of indigenous medicine in many cultures around the world and remains one of the central themes of naturopathic philosophy to this day.
The earliest doctors and healers worked with herbs, foods, water, fasting, and tissue manipulation — gentle treatments that do not obscure the body’s own healing powers. Today’s naturopathic physicians continue to use these therapies as their main tools and to advocate a healthy dose of primary prevention. In addition, modern NDs conduct and make practical use of the latest biochemical research involving nutrition, botanicals, homeopathy, and other natural treatments.
For many diseases and conditions (a few examples are ulcerative colitis, asthma, menopause, flu, obesity, and chronic fatigue), treatments used by naturopathic physicians can be primary and even curative. Naturopathic physicians also function within an integrated framework, for example referring patients to an appropriate medical specialist such as an oncologist or a surgeon. Naturopathic therapies can be employed within that context to complement the treatments used by conventionally trained medical doctors. The result is a team-care approach that recognizes the needs of the patient to receive the best overall treatment most appropriate to his or her specific medical condition.

Naturopathic medicine was popular and widely available throughout the US well into the early part of the 20th century. Around 1920, from coast to coast, there were a number of naturopathic medical schools, thousands of naturopathic physicians, and scores of thousands of patients using naturopathic therapies. But the rise of “scientific medicine,” the discovery and increasing use of “miracle drugs” like antibiotics, the institutionalization of a large medical system primarily based (both clinically and economically) on high-tech and pharmaceutical treatments — all of these were associated by mid-century with the temporary decline of naturopathic medicine and most other methods of natural healing.
By the 1970s, however, the American public was becoming increasingly disenchanted with conventional medicine. The profound clinical limitations of conventional medicine and its out-of-control costs were becoming obvious, and millions of Americans were inspired to look for “new” options and alternatives. Naturopathy and all of complementary alternative medicine began to enter a new era of rejuvenation.

Looking to the Future

Today, licensed naturopathic physicians are experiencing noteworthy clinical successes, providing leadership in innovative natural medical research, enjoying increasing political influence, and looking forward to an unlimited future potential. Both the American public and policy makers are recognizing and contributing to the resurgence of the comprehensive system of health care practiced by NDs. In 1992, the NIH’s Office of Alternative Medicine, created by an act of Congress, invited leading naturopathic physicians (educators, researchers, and clinical practitioners) to serve on key federal advisory panels and to help define priorities and design protocols for state-of-the-art alternative medical research. In 1994, the NIH selected Bastyr University as the national center for research on alternative treatments for HIV/AIDS. At a one-million-dollar level of funding, this action represented the formal recognition by the federal government of the legitimacy and significance of naturopathic medicine.
Meanwhile, the number of new NDs is steadily increasing, and licensure of naturopathic physicians is expanding into new states. By April of 1996, eleven of fifty states had naturopathic licensing laws (Alaska, Arizona, Connecticut, Hawaii, Maine, Montana, New Hampshire, Oregon, Utah, Vermont, and Washington). A number of other states are likely to enact naturopathic licensing in the near future.
Naturopathic medical education is growing by leaps and bounds. Three of the four US naturopathic medical schools – National College of Naturopathic Medicine, Bastyr University, and Southwest College are accredited. The fourth, the University of Bridgeport College of Naturopathic Medicine, is an applicant for accreditation. Within the past year, all three US naturopathic medical schools and the Canadian College of Naturopathic Medicine in Toronto moved to considerably larger campuses in order to meet the accelerating demand on the part of prospective naturopathic medical students. In 1996, Bastyr University alone had almost 1,000 students enrolled in its various degree-granting programs.
In October 1996, in a major development for both public health and naturopathic medicine, the Natural Medicine Clinic opened in Kent, Washington. Funded by the King County (Seattle) Department of Public Health, the clinic is the first medical facility in the nation to offer natural medical treatments to people in the community, paid for by tax dollars. Bastyr University, one of the three US naturopathic colleges, was selected over several leading Seattle-area hospitals to operate the clinic.
In the last half of the 1990s, exactly one century after it put down roots in North America, naturopathic medicine is finally enjoying a well-deserved renaissance.
The AANP (American Association of Naturopathic Physicians), founded in 1986, is the professional association that represents licensed NDs in the US. To locate a naturopathic physician in your area, call the AANP Referral Line at 206-298-0125, or visit the AANP on the Internet.

The Healing Power of Nature (Vis Medicatrix Naturae)
The healing power of nature is the inherent self-organizing and healing process of living systems which establishes, maintains and restores health. Naturopathic medicine recognizes this healing process to be ordered and intelligent. It is the naturopathic physician’s role to support, facilitate and augment this process by identifying and removing obstacles to health and recovery, and by supporting the creation of a healthy internal and external environment.

Illness does not occur without cause. Causes may originate in many areas. Underlying causes of illness and disease must be identified and removed before complete recovery can occur. Symptoms can be expressions of the body’s attempt to defend itself, to adapt and recover, to heal itself, or may be results of the causes of disease. The naturopathic physician seeks to treat the causes of disease, rather than to merely eliminate or suppress symptoms.

The original meaning of the word “doctor” is teacher. A principal objective of naturopathic medicine is to educate the patient and emphasize self-responsibility for health. Naturopathic physicians also recognize and employ the therapeutic potential of the doctor-patient relationship.

Health and disease result from a complex of physical, mental, emotional, genetic, environmental, social and other factors. Since total health also includes spiritual health, naturopathic physicians encourage individuals to pursue their personal spiritual development. Naturopathic medicine recognizes the harmonious functioning of all aspects of the individual as being essential to health. The multifactorial nature of health and disease requires a personalized and comprehensive approach to diagnosis and treatment. Naturopathic physicians treat the whole person taking all of these factors into account.

Naturopathic medical colleges emphasize the study of health as well as disease. The prevention of disease and the attainment of optimal health in patients are primary objectives of naturopathic medicine. In practice, these objectives are accomplished through education and the promotion of healthy ways of living. Naturopathic physicians assess risk factors, heredity and susceptibility to disease, and make appropriate interventions in partnership with their patients to prevent illness. Naturopathic medicine asserts that one cannot be healthy in an unhealthy environment and is committed to the creation of a world in which humanity may thrive.

A Licensed naturopathic physician (N.D.) attends a four-year graduate level naturopathic medical school and is educated in all of the same basic sciences as an M.D. but also studies holistic and nontoxic approaches to therapy with a strong emphasis on disease prevention and optimizing wellness. In addition to a standard medical curriculum, the naturopathic physician is required to complete four years of training in clinical nutrition, acupuncture, homeopathic medicine, botanical medicine, psychology, and counseling (to encourage people to make lifestyle changes in support of their personal health). A naturopathic physician takes rigorous professional board exams so that he or she may be licensed by a state or jurisdiction as a primary care general practice physician.